(Adam and the Ants, Goody Two Shoes 1982, the music vid is INSANE BTW)

Classical hatha yoga doesn’t leave much room for pleasure.  Tapas, Brahmacharya (in the old days that meant celibacy not just the 200hr YTT contemporary interpretation of ‘using your energy wisely’), cutting out the tamasic and rajasic, well, it just isn’t all that fun is it?

The ascetic lineage that influenced contemporary hatha yoga is about transcendence.  The body is an obstacle and states of spiritual bliss are the goal.  In hatha yoga, once the body is cleaned inside and out the pathway is set for ‘Raja Yoga’ – higher states of consciousness.  Ultimately, as vitality is conserved and redirected upwards – the sexual energy is conserved and rechanneled as Kundalini rising to access profound states of being that connect us into the bliss body. 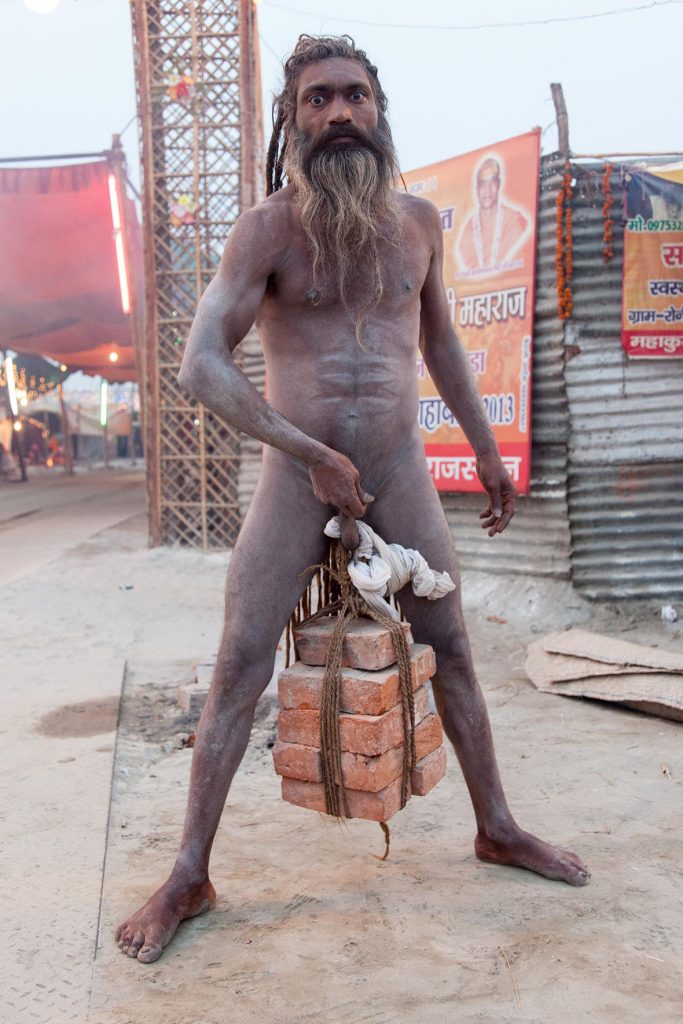 I never spent more than 2 hours in an ashram in my 30’s when I was most into hatha yoga.  I would much prefer to do courses in Goa where at least there was a bit of ecstatic dancing (not sure we were calling it that then) and partying on the side of what was, to be fair, quite a lot of dedicated practice. 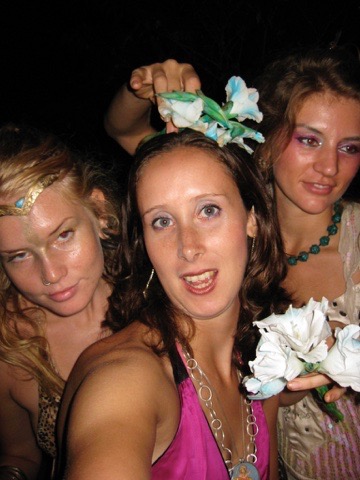 My Goa days when not on the yoga mat

I’ve never been particularly fond of the over austere and reverential.  Inevitably those that sit on their desire in the name of spiritual progress end up fucking up royally.  Specifically men. Bikram.  P.Jois, so many. 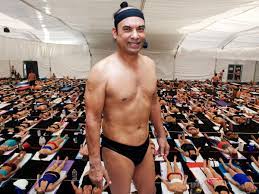 I remember before I embarked on Yoga Teacher training 12 years ago, going to an ashtanga vinyasa retreat in Goa (perhaps with Nancy Gilgoff).  I also remember one night going clubbing right in the middle of the retreat.  That much asana can really increase the feel good factor and libido and I was 32 at the time.  I remember literally scanning the club for a partner and feeling a bit deflated until I noticed that the barman was gorgeous.  He turned out to live in the club and was one of the owners.  How convenient!  So I hooked up with him and returned to the Purple Valley Retreat Centre about 5am.  My roommate seemed to pick up on the fact that I had just got back.  I remember that I ended up getting a bad stomach because of well , staying up all night, too much sex and possibly drinking as well (maybe just the sex). I think I went straight to the asana practice at 6am.  Certainly living in kind of dual universes. Were they happy bedfellows? 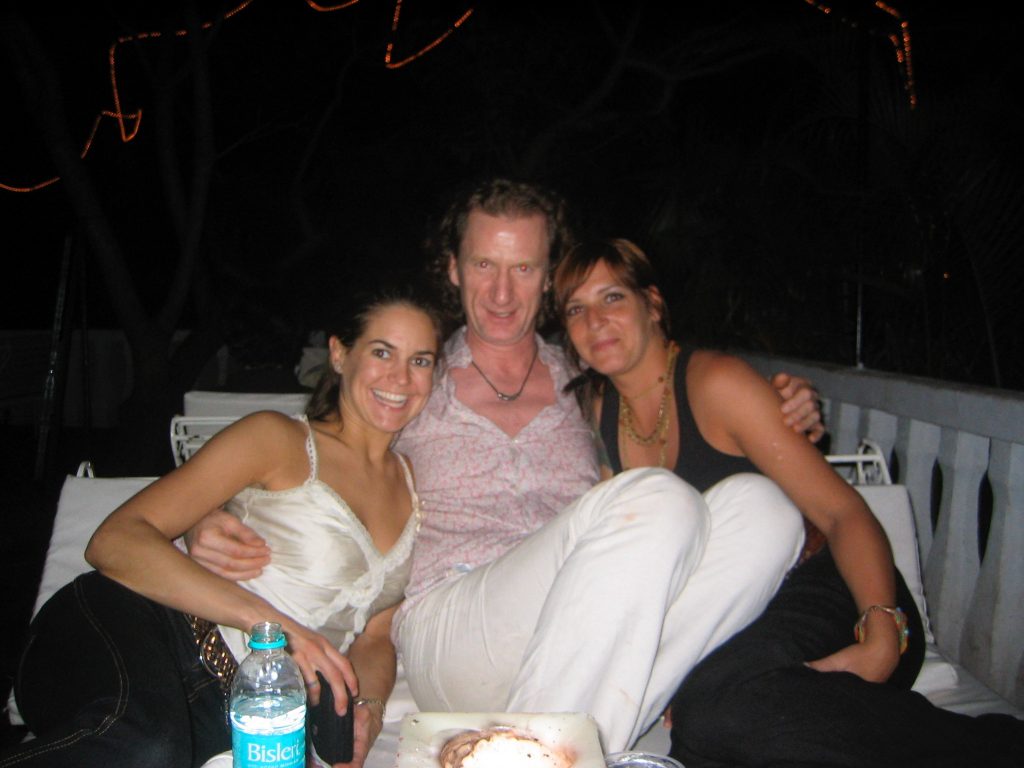 Luckily I fouund a celebrity chef and a few others willing to go out with me, it felt like we were teenagers!

My first Yoga Teacher Training course was incredibly interesting.  I actually started with a 500 hour YTT , 2 months in Goa, India.  Luckily I had been living in India for 2 years (after a brief sojoiurn in the Basque Country.  We were 12, I think 6 men and 6 women, pretty rare for a yoga course and I think I was pretty happy about it.  Who knows, maybe I might meet someone I could really develop a relationship with at the training.  (particulary potent after some time in the Basque Country where no local guys were even remotely interested).  So in between some very serious and committed practice and teaching practice with amazing Julie Martin and team, I was also eyeing up the guys on the course.  Julian – autistic, incredibly mad, would write notes about alternate universes etc. all the time….OK, err no.  Bruno from Denmark, I kind of had a weird crush on him.  He didn’t like to wash, developed a Shiva look, didn’t give a shit and was rude to literally everyone on the course.  But I still tried with him for some unknown reason.  Gave up, moving on to to a guy who I started obsessing with at the end of the course until he started dating an incredibly attractive, bendy and all-round goddess-like yogini from California.  (I now love to follow on insta:). I remember sitting down commiserating about this unrequited love with the late Psalm Isadora, who wasted an entire hour with me pining over this unsuitable match when I could have been learning so much from her and her Devipurum gems of Tantra. 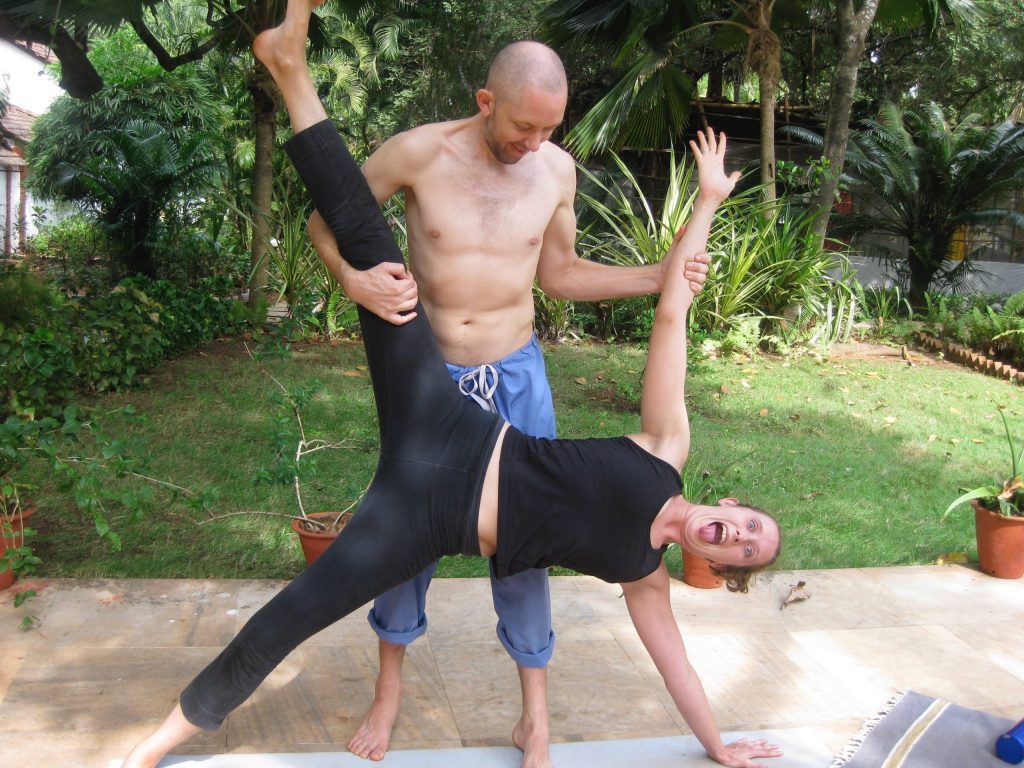 John, one of the (few) men I was not pursuing!

And then there was all the other relationships going on during the course, it was a minefield and no-one ever talked about it in the shala.  It was all just sit in padmasana and be yogic.  Until you walked out the door and then revert to a bunch of 20 and 30 year olds dating and flirting and so on.  There were some notable exceptions I have to say.  It was a crazy and fun few months and my best memories are of our parties and not sitting in padmasana.  Our yoga philosophy teacher at the time, after all his ‘pious son of a guru’ persona ended up being the father of one of his recent student’s soon to be baby, which royally pissed me off with it’s contradictions.  I’m also not sure he truly felt women made good yogis as they had the ‘creative force within’ blocking and fucking it all up for them’ (not his words).  I remember some of his comments on this theme and not much talk of householder yoga.  The Patanjali Yoga sutras I do often feel is misplaced on these kind of courses.

Anyway, GOA YTT aside (it would have made amazing reality TV) I have always felt somehow conflicted in the teachings of Hatha Yoga, especially in how it’s presented oin the classic YTT.  Especially for women.  Especially in the 21st century. 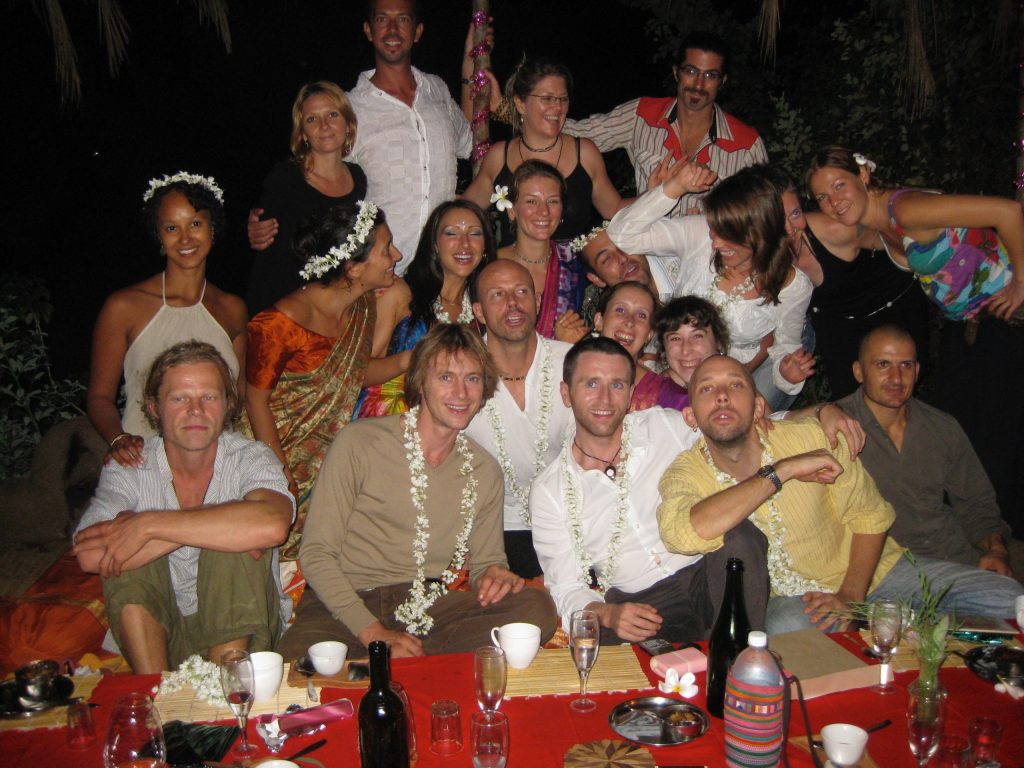 I loved our YTT! I know we were a giant pain in the ass for dear Julie Martin and team!

So, many years later I started delving into ‘women’s empowerment’.  3 or 4 years ago, I did a course with a prominent teacher in Dubai who taught a sensual embodied movement class for women.  She coaches pleasure, at all times.  Pleasure in the whole spectrum.  On this side of the spectrum, I also didn’t fit. I found myself sometimes just plain irritated by the sensual coaching and undulations and sexy instruction.  It just felt fake to me, not a direct criticism of the teacher.  I could imagine myself 5 times a month leading this womanly bliss ritual but in the Autumn season I’d honestly rather just roar or shake, or stay in bed or whatever.  I could definitely not ‘be fucked’ to put on this kind of a sexy show every single class.  I also felt that is was a kind of pleasure tyranny and it WASN’T that I wasn’t ‘embracing my pleasure’ and blah blah, blah…psychological profiling.  Embodied bliss stuff, well it isn’t entirely my thing.  Well, at least not all the time. 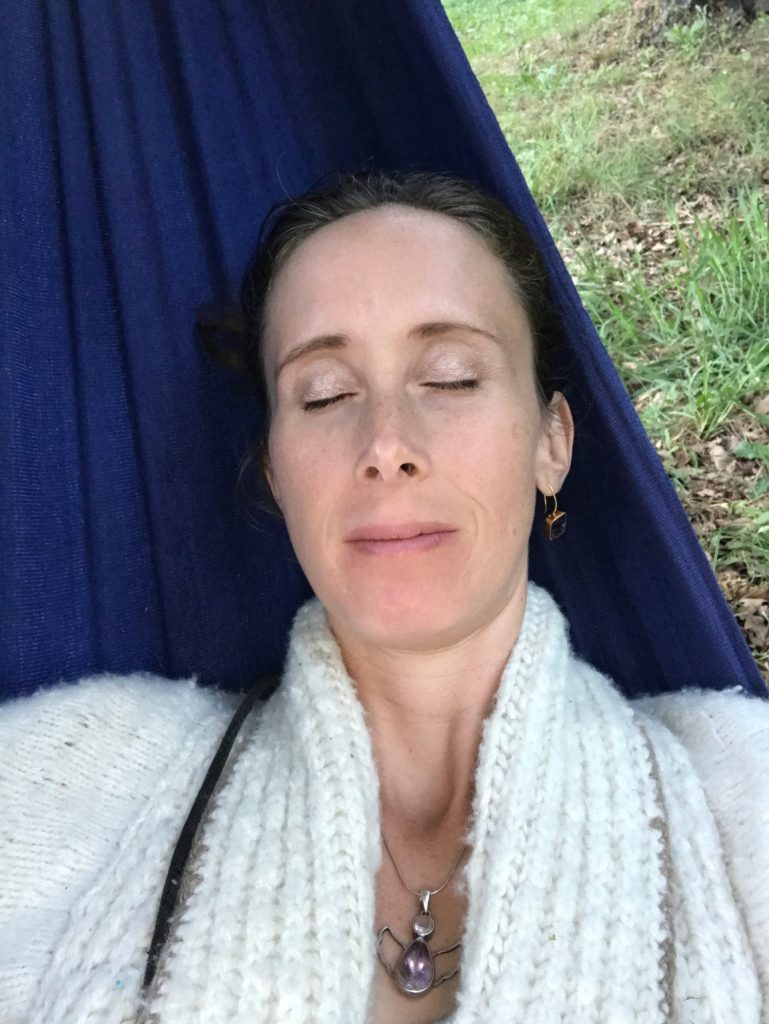 I’ve kind of realized that I never really fit into any world.  I’m always an outsider everywhere, my stars say.  It’s part of my nature.  I’m a critic at the best of times.

Some of me feels that I started to go by the name Jo Shakti just as a kind of ironic statement to see what people would say.  To be honest the only person who mentioned it was my brother, who still can’t stop ridiculing the whole concept.  Hay Ho! I am who I am. 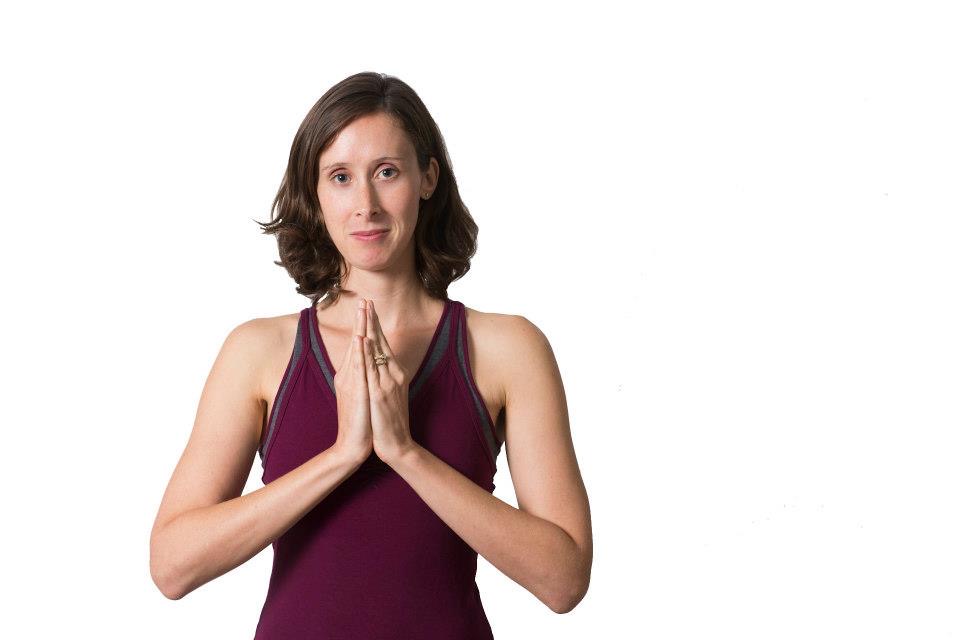 Yoga Jo, but no Shakti

Found my Shakti and bigger earrings

Ultimately, there is a BS radar we need to wear on our sleeves.  Getting caught up in the ‘asceticism’ of hatha yoga doesn’t really suit householders.  And the women’s movement, especially here in Ubud is also filled with a lot of parody of itself.  Every photo an orgasmic bliss.  I guess I’m just too fucking dark and moody and sarcastic and quirky for all that….Shouldn’t my feed be more sensual, more beachy, more goddess radiant like, more about intimacy and connection.  (A good chunk of Yoga teachers here in Bali have now abandoned Yoga Teaching for some kind of relationship counselling or sex gurudom) Well, for me, nah… 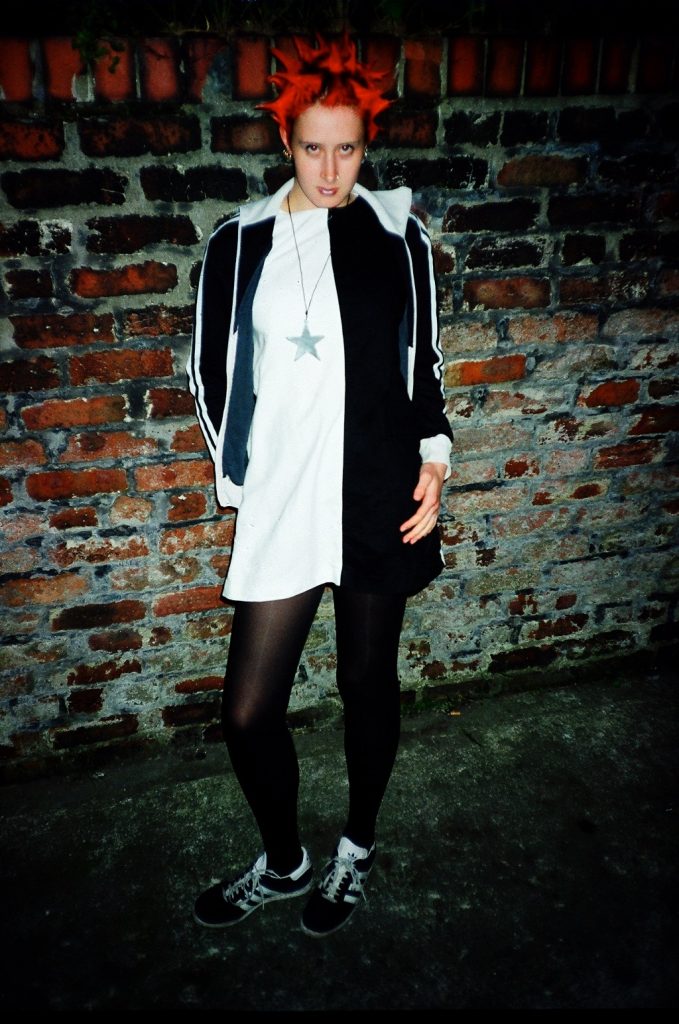 This is me.  Reconsidering the hairstyle again!

Be authentic.  Be yourself.  It’s a tough one.  But you’re worth it.

Buy my courses and free stuff