The womb temple Kamakhya, Darkness and the Mystical experience 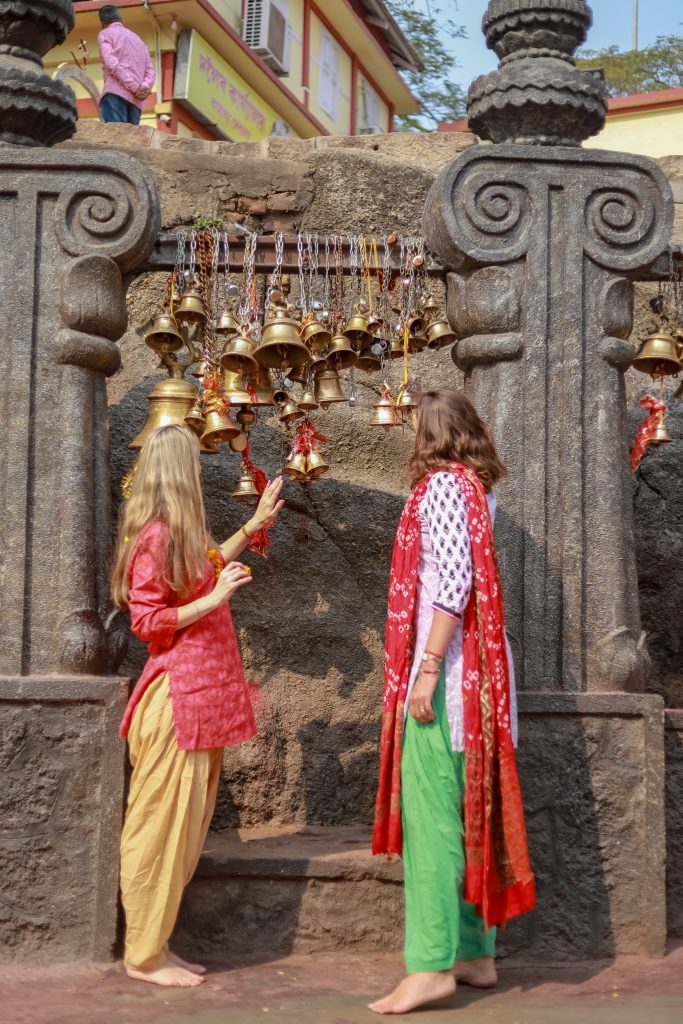 My retreat companion and I, ringing the bells of Kamakhya on my “Return to the Goddess’ retreat

“Can you try to picture a softer dark than the masculine you have been bought up with? A darkness which is benevolent and mysterious? Feel yourself cradles in it.  Fully held.  Can you imagine that rather than a world of nothingness, darkness holds complete intelligence and possibility – waiting to take form.”  P.92 Burning Woman, Lucy Pearce

In March 2019, I led a retreat called ‘Return to the Goddess’ to the Maha Vidya Temples in the Kamakhya complex of Assam, India.  Having visited in 2018, I decided not to enter the main temple that year, but to prepare for a return visit and return with whoever was drawn to the temple gates.

Hatha and Tantra – the context

I am not a tantric adapt nor have I studied for many years in the Tantric or secret Kali Kaula practices of India.  In this blog I make no claim to ‘know’ intellectually or have tantra sadhana but to simply share my direct experience.  As a hatha yoga practitioner, I have immersed myself in male lineages for many years.  Recently, there has been a big shift.  The bridge for me was accessing the spiritual power of pregnancy and birth, which is potent ground.  Through this portal the divine feminine has very distinctly ‘called me in’ and led me to studying and experiencing yoga in a completely different and complimentary way.

Reading Yoni Shakti and studying with Uma Dinsmore-Tuli democratized the path for me, opened it.  The divine feminine was no longer something I believed to be ‘accessible through lineage’ (such as Sri Vidya tantra which I knew from my late teacher Psalm Isadora).  The feminine body herself was the source and reference, the siddhis contained within each life stage of womanhood.  This is a radical viewpoint right now in history.  A radical perspective would be that all hatha yoga was patriarchy’s response to the siddhis of womanhood.  Whilst this is genuinely radical, I have been called inwards and downwards to the mother, rather than the more classical paths of ascension and this is happening around me for many women for good reason. 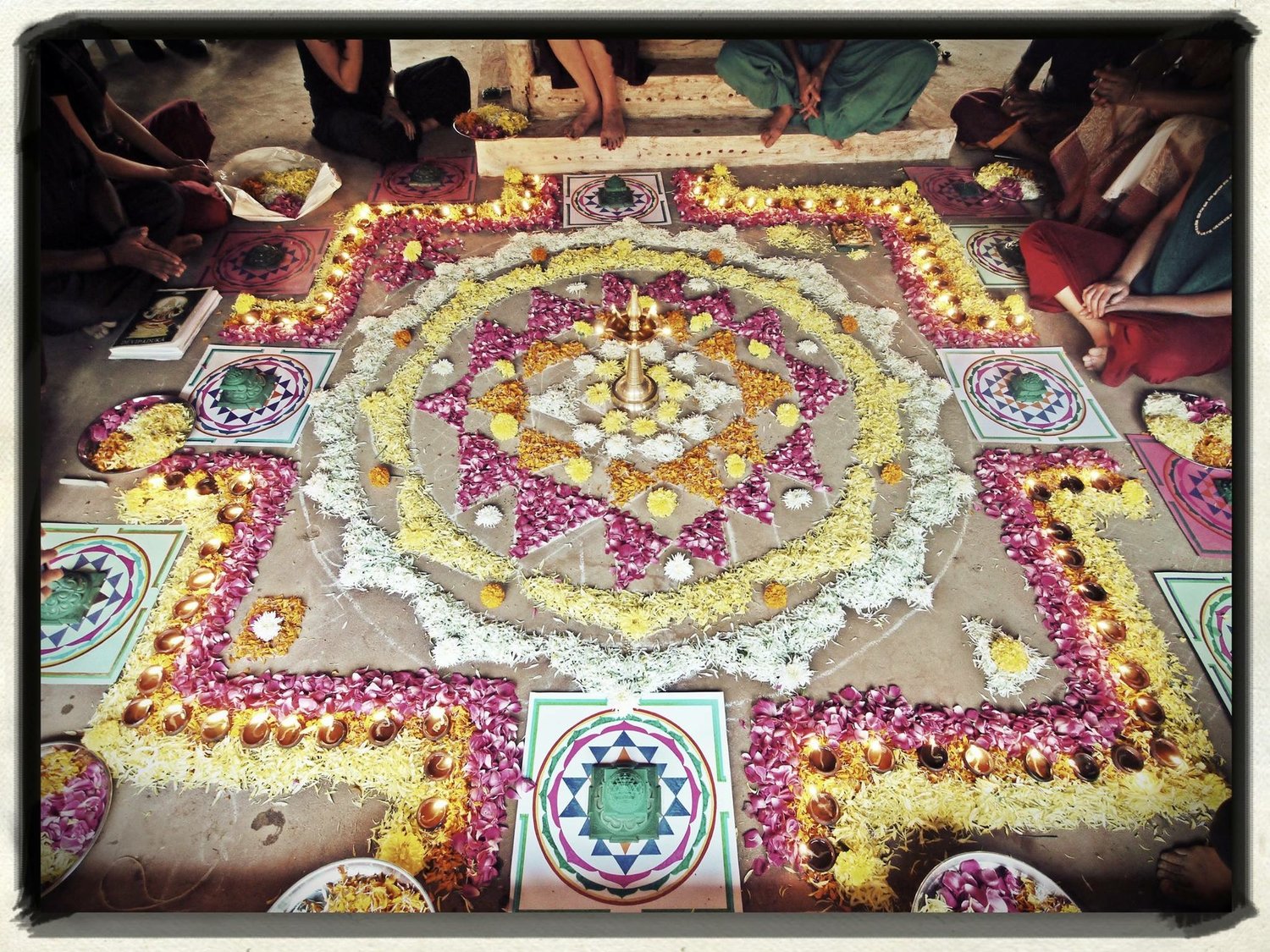 The Sri Yantra in celebration of the life of Psalm Isadora

When Yoga started gaining popularity in the West as adepts crossed oceans and seekers left for India in the 20th century, tantra was highly stigmatized in post-Victorian society and considered:

Those traditions which gained in popularity tended to be forms which revered Classical Yoga and it’s associated non-dualist (more digestible? More spiritually noble?) philosophy.  Krishnamacharya became the most important yogi of the 20th century and asana became the most widely practiced form of yoga, embraced by women post-Hollywood with the influence of Krishnamachyara’s students such as Indra Devi (born Eugenie Peterson of Latvia) amongst the famous male yoga masters of the late 20th century (P.Jois, BKS Iyengar and Desikachar) along with lineages evolving from Sivananda Yoga (which also initiated women but was not a ‘householder’ lineage and required renunciation and a monk/nun like lifestyle). 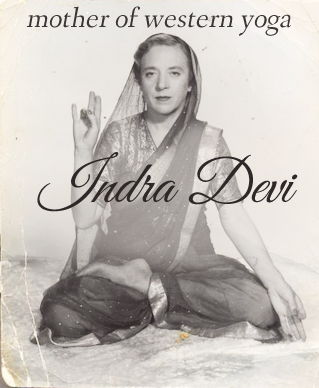 In the fervour of liberation that is hatha yoga and it’s life changing benefits and boons and it’s potentiality for complete liberation (and obviously the elixir of youth it grants), the female body has been somewhat ‘lost in translation’ and called to ‘modify’ and ‘fit in’ to the male system, whatever the benefits of the practices.  Things are changing.  We’d be fools to think that hatha yoga is no longer relevant, no longer life changing, no longer a set of incredibly relevant and powerful practices to enlightenment.

The new climate of yoga in the 21st century

Tantra, The Archetypes of the Divine Feminine, Pleasure and principles that are more at home in tantra are making a strong return, and not necessarily in the form of neo-tantra (orgasm workshops etc).

One feature of tantra is the democratization which characterized tantra in the first place as a non-caste bound, open to all (sexes, sexual orientation, gender, race, class) tradition with the gates widely open.  (This is also particularly potent and ironic in a recent critique of my work – see my other blog!) The other key feature of the tantric tradition is that the belief that the sensual experiences of the body as part of the path to the divine — not as a distraction from the divine.  This is of great importance.

Returning to the source, the inner sanctum of Kamakhya. 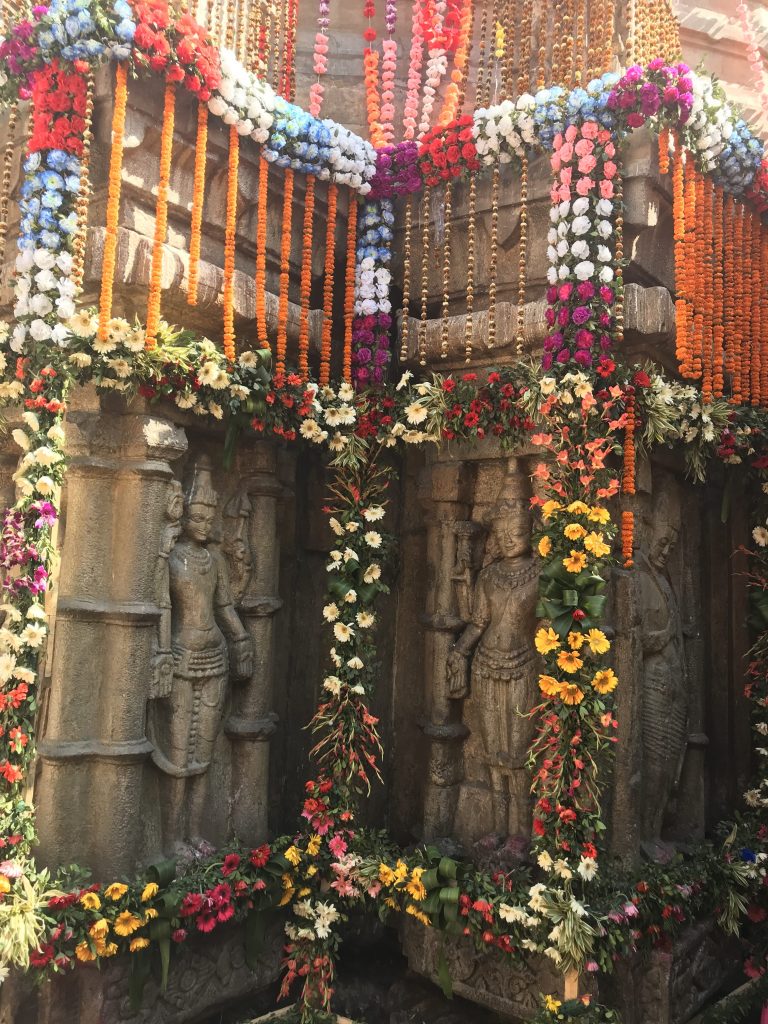 The sages of Tantra have known for centuries that when you follow the path of shakti, the ‘sacred feminine principle’ as personified by the goddess, the attributes of the deities can manifest spontaneously.  By visiting the temples charged with these energies we tap into our own inner divine feminine to heal, replenish and reinvigorate.

The Kamakhya temple is one of the oldest and most revered Shakti Shrines in India.  It is one of the most important of the 51 ‘Shaki Peeths’, the sights where the goddess Sati’s body is said to have landed on the earth.  Kamakhya is attributed to the womb energy of Sati.  There are large numbers of Indian devotees who worship here, although it is still very much off the tourist map. Instead of worshipping a statue or image of Devi in the main temple there is a sculpture of the goddess’ yoni (vulva) fed with water from a natural spring and set deep within the center of the temple.

Once a year the shrine is said to bleed, as the iodized water turns red.  It is in this temple that you are invited to worship desire, creation, pleasure herself and the great void.  The whole area is charged with power and history and offers a high vibrational experience and great potential to awaken your own inner shakti.

This year, the inner sanctum of Kamakhya and this sacred pilgrimage opened a new space in my spiritual development.  For many years I had never considered myself as the ‘type of person’ who had access to the ‘mystical experience’.  I once attended a reiki level 1 course and was mystified as to how you could ‘feel the chakras’ and balance them (my coursemate happened to be Dubai’s Yogi Georg (of Ascension Platforms) so be careful who you compare yourself to)!

Things have changed.  Cueing to the inner sanctum of the temple my body truly felt something I had never felt before.  I sobbed as if I was returning to the moment where I looked on to the body of my mother who had left us.  A moment of joy and pain in holy union, not just grief.  The body speaks loud and clear.  The surge of the energy body.  The melting of the head and the pulsation of the heart space.  On entering the inner sanctum, it was as if I had returned to the womb space herself.  Kamakhya maintains a dark inner sanctum.  And darkness changed persona here and the history of my relationship to darkness crumbled.  It is to feel as if you are truly in the womb and being held by the Divine Feminine. My own body felt it, the breasts and womb swollen from the experience.  Here was Sat Chit Ananda herself and I had been received.  It was truly yoga, union.  The space above the sanctum seemed to never end, a cavern of limitless space and time. 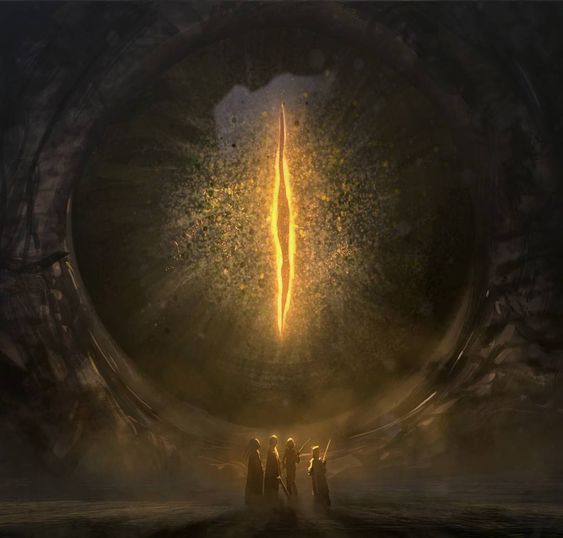 Can you feel the experience in the photos I took shortly afterwards?  We all have direct access to the mysteries of the world through the human form.  Some of us are literally born in union.  For me, this grace has followed many years of change and evolution, all of the teachers in my life having contributed.

In opening this cave to you all, I am opening up a Pandora’s box.  I am open to the consequences. 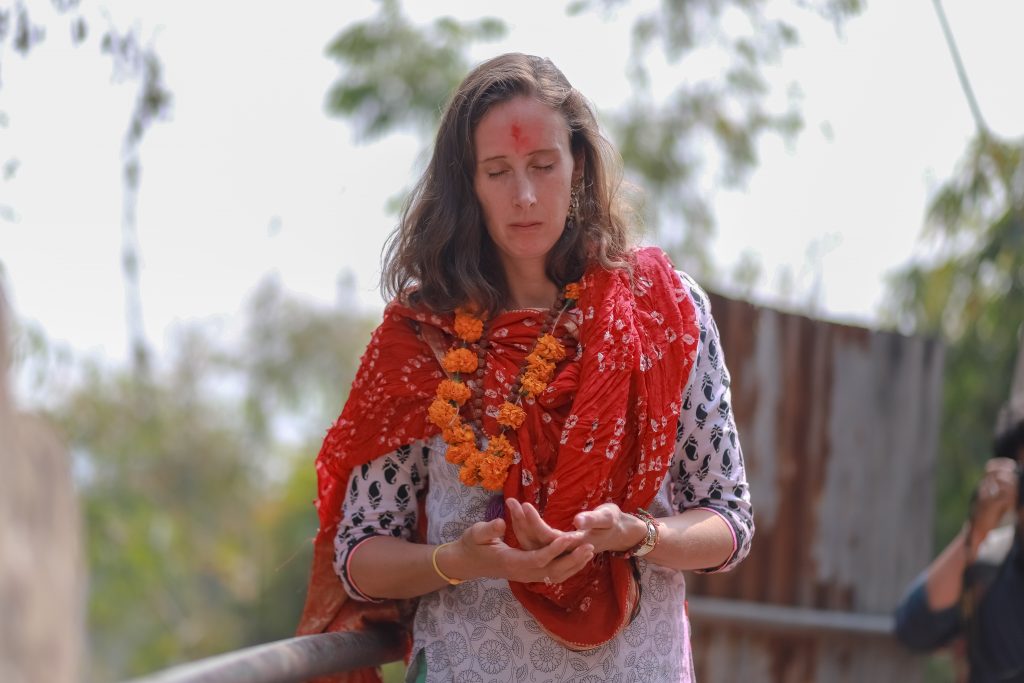 Now I know that the divine feminine is my calling, that this is my path.  How she manifests in the coming decades I have no idea.  But I am listening to the inner voice now as much as I am the outer sphere and the call of study and sadhana and the grace of the teacher.  In this sense, yoga in this body for me, is a Return to the Self not in the small sense, but to the great cosmic womb within a womb – Returning to the Source.

Jagadambe Mata Ki Jai! Victory to the divine mother of the world 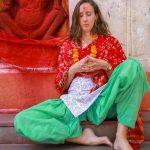 The Divine Feminine, Cultural Appropriation and Post Lineage YogaBlog
The Scattered Goddess and the Seat of ShaktiBlog