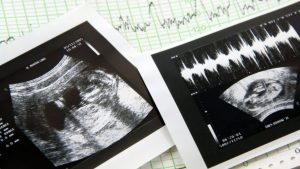 5 years ago, I wrote this article for Elephant Journal. Pregnancy loss is a topic which is slowly getting shifted from the taboo. My life is very different to how things were 5 years ago.

I now have a 2 year old and a 4 year old.  My main concerns are how to juggle work with the kids and the trials and tribulations of motherhood!  I am now working as a prenatal yoga teacher and have a strong interest in birthing just as Ariel (my Reiki healer) predicted.  I may even end up doing just what she predicted and assisting births in the future as I move to Bali and continue my work with Bumi Sehat birth centre.  So much has changed. 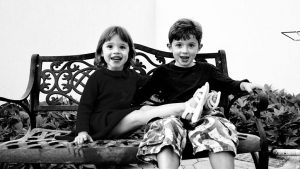 Here is the article as I wrote it in 2013 when I was pregnant for the 3rd time with Caesar (my little boy above).  I still had no idea how things would work out.

I have had the misfortune, and am certainly not alone, in facing death in a unique, painful and disturbing way. It is widely known that pregnancy in the early stages frequently ends in miscarriage. Women are expected to keep pregnancy secret until 12 weeks (with the exception of a small group of family and friends). Every woman who has followed the Duchess of Cambridge’s (formerly Kate Middleton) story must feel for her being ‘outed’ before the ‘safe date’ of 12 weeks.

Miscarriage is both life and death. It is powerful, tragic and deeply disturbing on both a physical, emotional and spiritual level. It is also a subject which is outside of the public domain and any range of emotions can surface after such a loss from grief, isolation, shame to guilt or depression.

This time last year I was in hospital having just lost my second foetus at 7 weeks. 7 weeks is sufficient time for the body to have completely changed and to take several months to ‘come back’ to ‘normal’. After a little bleeding, I shortly developed cramps and bled very heavily. I was paralysed with fear and dread to utter the first words of the news to my husband and then travel to the hospital. I went. I wish I hadn’t. I was deeply bitter about my experience at the hospital where the doctor doubted my interpretation of events. I may ‘not’ be experiencing a miscarriage. I felt so violated that a medical professional could trust my instinct and experience so little to know what had happened, considering the previous year I had gone through almost the same thing. I came very close to making a formal complaint, but in the end decided that it wouldn’t help me or the doctor. 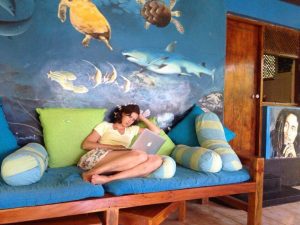 My recovery was really slow and I bled every day for 2 months. It was a very slow healing and despite treating myself very well indeed, my recovery didn’t meet the expectations I placed upon myself. It was all very slow and I felt, on the yoga mat, that I dealt with the pain on a daily basis with many bouts of crying. I reached the point where I had no more time for tears and just wanted to draw a line. But you can’t rush your own evolution and this is the true message of yoga. In the process of satya – truthfulness – reality, however undesirable cannot be tweaked to suit our whims. I wanted to move on, but neither my body or mind were ready.  Above, you can really see how I was kind of disappearing into the sofa, just so sad and broken on the yoga retreat I was attending in 2010.

I felt my deepest fears and depression surface in the first few days after the 2nd miscarriage experience. The very simple thought – “life is utterly meaningless” was associated with a being that would never even enter the world. It was so powerful to me at that time that it took over every uplifting transcendent thought and moment of meaning that had surfaced in my yoga practice up until that point. I was very fortunate that I took the advice of a yoga colleague and asked a reiki practitioner to practice on me. This was one of the most timely things that I ever could have chosen.  The reiki practitioner (Ariel Albani) 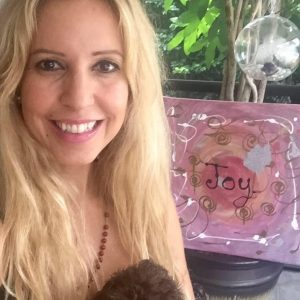 was kind, gave me the time and stillness I needed and was certain that although I had lost the pregnancy that things would eventually turn and I would have children and become more involved in childbirth work.

She also reconnected me to my own mother who had sadly passed away several years ago. I felt lightness and hope in my body after the reiki session and I felt deeply connected.  Ariel was literally an angel that day and I felt her light so strongly and the power of her healing work.  Here is Ariel’s angel painting.

At the heart of my belief in yoga philosophy is the intellectual understanding that there is no separation; there is no me, no loss, no suffering. To get close to even considering this as an option during a moment of tragedy is an elevated state and there was perhaps a background emotion of feeling glad to feel that intensely at all. In yoga, we may practice non-separation – this is the practice. Soham is the mantra – the identification of oneself with the universe or ultimate reality beyond life and death.

So, what of subsequent pregnancies after miscarriage? There is no question that now there is a deep ugly shroud of fear around my third pregnancy. I would deeply like, for the sake of the new life, to allow this to be a unique joyful experience. Sadly, there are so many residues and flashbacks. I have now left the 2nd month and am well into my third but the fear is a little demon which surfaces at every intestinal pain or visit to the bathroom. The deepest fear to face is that ultimately, first trimester miscarriage is largely unexplained. It cannot be induced by too much yoga, a few headstands, stress of a few beers. There is nothing to be done. Being ‘careful’ won’t help although it is obviously wise to eat well, stay out of major accidents and not get wasted. There are theories that certain chemicals will sort things out but these ideas historically, do more harm than good. Progesterone is out in my book. The medical profession has no idea about miscarriage and is clutching at loose straws. We don’t have control. 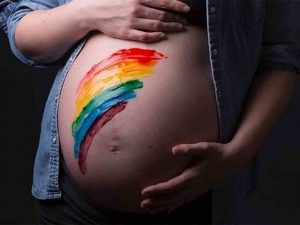 There is nothing you can do. Except wrestle with the fear and find acceptance. This is a tough yoga lesson – perhaps one of the very biggest. Ultimately acceptance lines the path to enlightenment. But accepting a life leaving from within your own womb – to experience death so directly serves the opposite in any normal woman. I would logically assume that 2nd trimester miscarriage and stillbirth can only compound these experiences. What can we do after we suffer loss? Essentially we must understand that whether we live for 1 day in utero or 100 years there is no difference. The practice of yoga though does make a difference as we carve through our ego and find pockets of acceptance.

On a practical level, a woman is faced with a really tough hand in choosing who to tell and when to tell. I feel that it would help women help each other if there was more openness in sharing the pains of miscarriage and the news of pregnancy at earlier stages. It is torturous to be exhausted and feeling terrible and then have to cover it up at the same time. My philosophy this third time round has been to tell many more people as time progresses to create a bigger support network should anything happen and to remove the veil of secrecy and ‘guilt’. We must open up about the reality of these experiences.

The bigger question in all our experiences, particular those involving the death of another is how we deal with our own death. Yoga is a preparation for death, something Richard Freeman mentioned in his teacher intensive this Summer along with the point that if this was clear then it would be harder to market yoga classes! 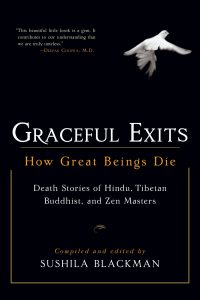 I am reading a book called “Grateful Exits” which tells the stories of enlightened masters on their deathbeds.

For them, death and fear are no longer synonymous. Life and death are no longer divided – the master is neutral to their own demise. For those masters, there will be no further birth, only freedom and complete liberation from suffering. 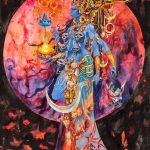 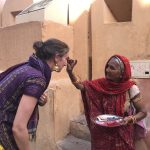 Day 1: Return to the Goddess – Spiritual Pilgrimage to the Mother LandBlog