AS ABOVE, SO BELOW, AS WITHIN, SO WITHOUT

“Just as our ancestors honoured woman’s ability to create humans from her womb and feed them from her breast, they also honoured the Earth as the Great Mother who nourished us and whose body we are all created.  It is clear that in order to save ourselves – not to mention fulfil our true potential – we must honour Nature, the Goddess, and woman” Hallie Iglehart Austen

But more than this we must also join the dots.  To honour our own connection to the natural world and our inner natural world.  And deeper still to honour the veil between the human dimension and ‘the underworld of shamanic reality’ (p,14 Shakti Woman, Vicki Noble).  For women, the moon is the perfect place to start this connection.  As above, so below.  She is our inherited ‘taboo’ (etymologically meaning sacred). 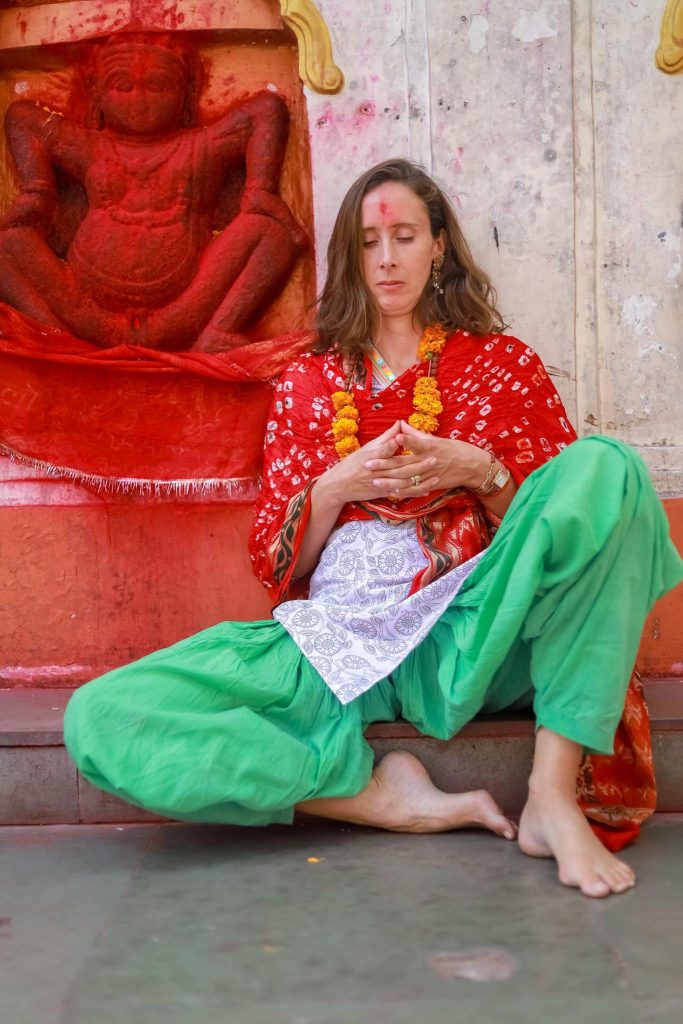 When I started Ashtanga Vinyasa Yoga in 2000, for the first time I started paying attention to the moon cycle.  On full moons and new moons there was (finally!) a day off.  In an intense practice, this was significant!

But I had failed to really find my inner compass in the ashtanga tradition because ‘the practice’ was the ritual of yoga, rather than my own cyclical wisdom being ‘the practice’.  Whilst I have now met teachers who are aligned with this understanding which can weave both practices together in a potent mix, many are not.

There is ‘respect’ for menstruation in some ‘male’ hatha traditions, but it still seems to be somewhat sidelined.  Indeed, the menstrual ‘stay at home’ wisdom (which is wise) can also have the effect on many (often) young women of creating frustration, they ‘cannot practice’.  This is opposed to the true wisdom that they are being called to a far bigger practice – the cyclical wisdom and siddhi of blood wisdom. which is not shared or discussed.  It is an irony.  I see it greatly reflected in pregnancy and birth cycles too.

Menstruation and the moon

Women are deeply connected to the moon, the female nature profoundly lunar at it’s biological base.” Shakti Woman, Vicki Noble

The cycle of the moon reflects the cycle of menstruation, constantly shifting and in flux.  The average length of a menstrual cycle is 29.5 days, exactly the time it takes for the moon to orbit the earth (P.22 Her blood is gold, Lara Owen).  Ovulation is said to be triggered by exposure to light at night, with ancient tribes and their rituals making this explicit link.  In all earth centred spiritualities (Native American, matrifocal Mediterranean cultures etc) rites of celebration and fertility were held during the full moon and rites of seclusion and purification at the new moon.  Add to this the need to hide away from danger (wild animals) and distraction at bleeding time, the spiritual force of bleeding and the need for safety, we created the ‘red tent’ for women to come together at new moon and bleed as priestesses of their community.

Some of the early sculptures of mankind make the lunar menstruality link explicit.  The Venus of Laussel marks 13 etches on the horn, marking the yearly moon cycle as well as the inner moon cycle.  Isn’t she incredible? 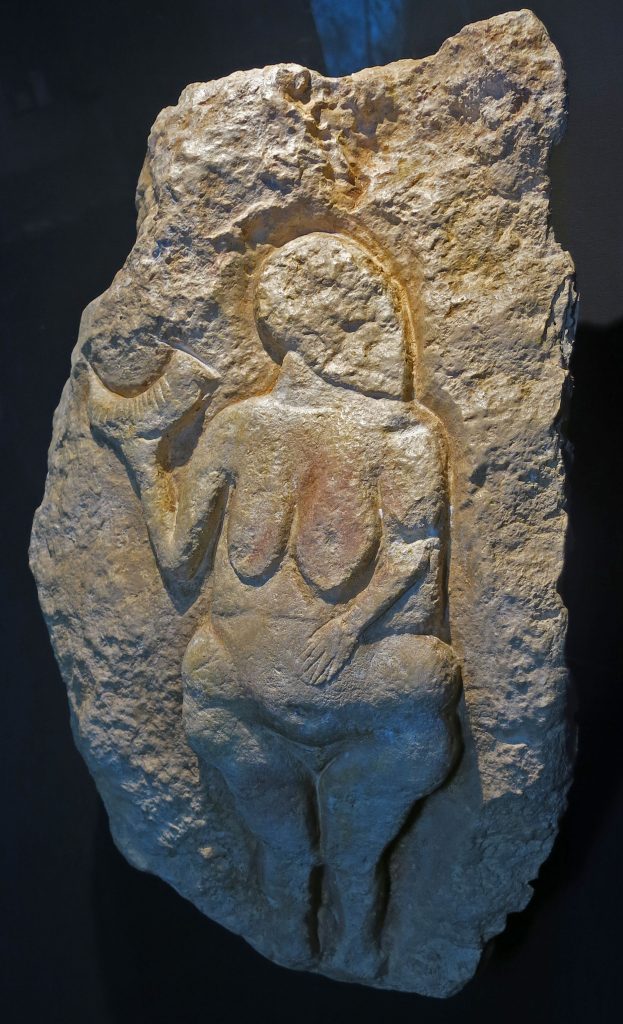 The Venus of Laussel is a 46cm limestone bas-relief of a nude woman. It is painted with red ochre and was carved into the limestone of a rock shelter (Abri de Laussel) in South-Western France. The carving is associated with the Gravettian Upper Paleolithic culture (approximately 25,000 years old). It is currently displayed in the Musée d’Aquitaine in Bordeaux, France.

This connection of ‘bleeding at new moon’ has now come to be known as ‘the white moon cycle’, the terminology mentioned decades ago in books such as ‘Her Blood is Gold’ (Lara Owen).  In contrast, the opposite, bleeding with the full moon is known as the ‘red moon’ cycle for obvious reasons.  Many people have asked me where the references come from.  Whilst the terminology may be 20th century, the concepts are as ancient as civilisation itself. 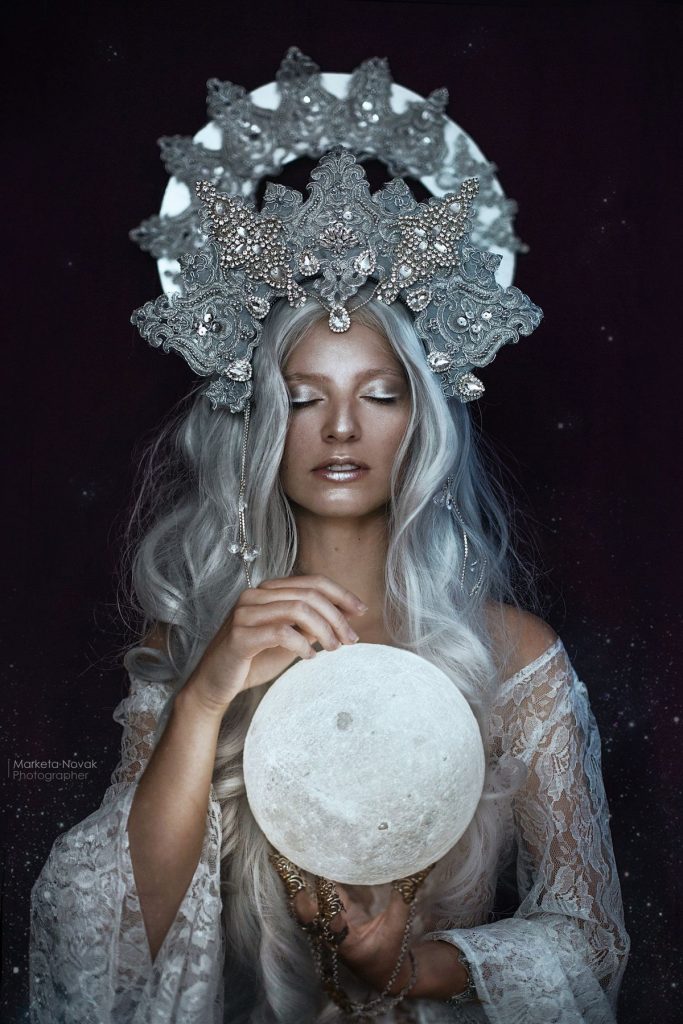 My own journey with red and white moon cycles

In recent years, working alongside female yogini Peewee Sanchez, my moon cycle dropped into the red moon cycle pattern.,  We were supporting women in our own season of the ‘wise woman’ anchoring and orientating spiritual compasses (teaching yoga).  If you bleed with the full moon, your energy is focused on self-actualization and empowering other women. These women are the Myticas – the shamans, the healers, & wisdom keepers.  Or more accurately, the witches.

As my path is now more about growing my spirit, I went through a shift several months ago to the white moon cycle archetype.  In this pairing, when the moon is at it’s darkest, your body and spirit withdraw into rest and inward focus.  You are primed to make space for what is new and ‘let go’ of the old.  There is a renewal and refocus, which is also goes alongside fertility – literally making babies, or metaphorically, growing businesses, writing books and so on.  I’d love to have baby number 3, but most probably they’ll be a book in teh coming years. 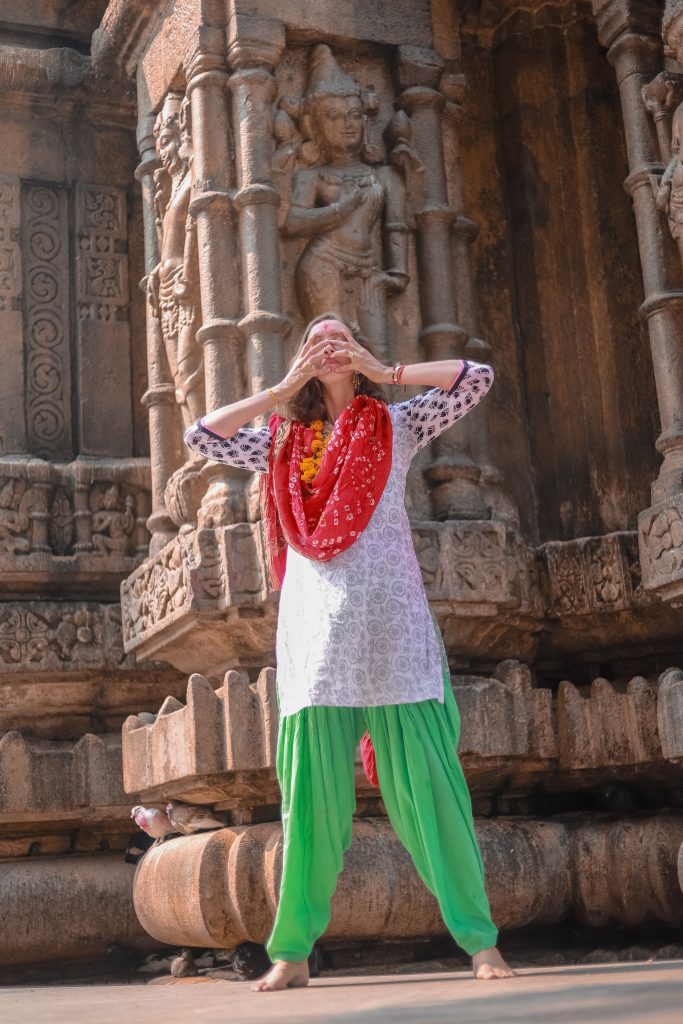 Working on Yoni Mudra. One day I’ll get it right. The intention is there!

So now I am working less intensively and have more time for myself it is clear why this shift is a reflection of ‘what is going on in my life’ as all aspects of menstruation are.  It is quite simply our inner compass and personal guide. Even just becoming aware of these alignments is enough, the awareness is the work!

Then between the two, we have the woman who bleeds with the waxing or waning moon

A Purple Moon Cycle is where you bleed with the waning (getting darker) moon reflects a life stage of of self-reflection and inner work.  You may be finding your inner wisdom, evolving toward a life stage where you wield your feminine powers in new and more potent ways. ‘Yoga Goddess’, who is the first I’ve read to use the term describes her as:

“the ‘Enchantress’ archetype: a wild, fierce, powerful energy that can be deeply spiritual and internal.” (@Yoga Goddess) 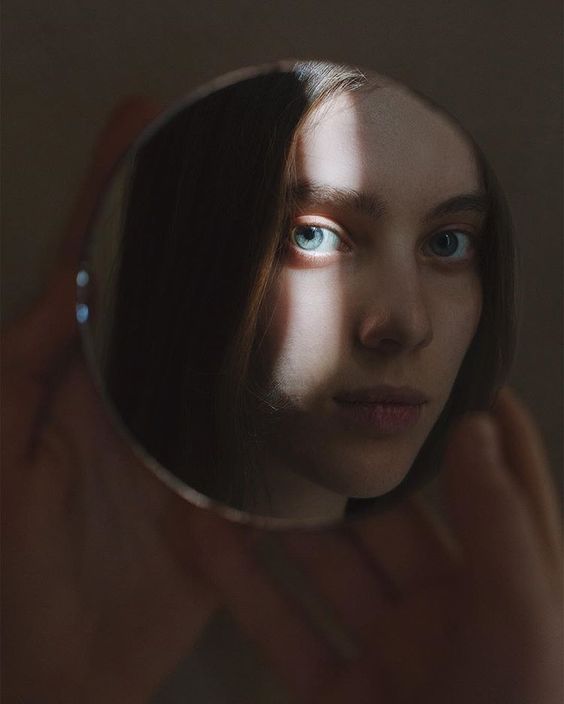 Pink Moon Cycle: menstruation in the waxing (getting fuller) moon connects to the energy of growing toward something bigger, fuller, bolder, brighter. The waxing crescent moon is aligned with the Maiden archetype, the yang dynamic energy of the Universe, ‘The Virgin’.  Ambition, Fresh sexuality and fun and joy.  There is enthusiasm for the outer world. 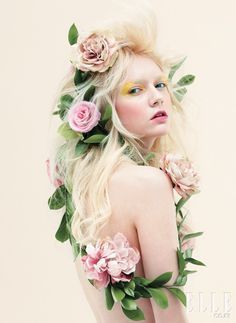 There is no right or wrong cycle, there is no ‘more natural’ or better aligned or ‘traditional’.  But there is =so much to observe.  Vicki Noble explains how our awareness of the patterns of the constellations and astrology might offer a more potent and revealing understanding of self, a much deeper understanding of ‘as above, so below’.

‘Eventually, with enough practice you will be able to recognize where the moon is passing by the feelings and responses in your body and mind.  Especially attune to the transitions, when the moon leaves one sign and enters another.  The feeling of earth followed by air is quite noticeable, or water if fire,  You gain and appreciation fir the fact that there are no accidents but a grand choreography and that our impulses and events happens out of what the Buddhists call co-arising.” p.96 Shakti Woman 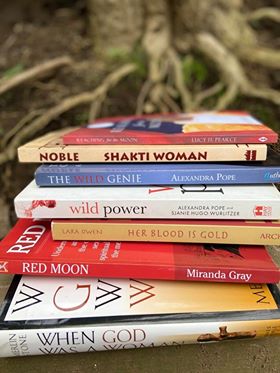 I am planning an upcoming workshop in Dubai in April 2020 for existing students along with senior Mysticas.  Stay tuned and connect!

How to have a ‘Natural’ BirthBlog 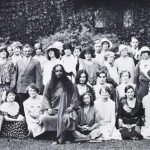 The History of Women in YogaBlog